Mabula Private Game Reserve has been the home of the award-winning Mabula Ground Hornbill Project since 1999. This non-profit conservation project aims to change perceptions – and the fortunes – of this iconic but endangered species, through multi-disciplinary and evidence-based conservation techniques.

The charismatic Southern Ground-Hornbill (Bucorvus leadbeateri) is a bird that many people already know well. They are culturally important as the ‘thunder’ or ‘rain’ birds and are a flagship species for the savannah biome (along with cheetah, white rhino and several vulture species).

At present, Southern Ground-Hornbills are considered internationally as ‘Vulnerable’ throughout their range in Africa by the IUCN, but within South Africa and Namibia they have been classified as Endangered with their numbers outside of formally protected areas still in decline.

It is estimated that there are only about 1 500 Ground Hornbills left in South Africa, of which only a third are safe within the protected areas of the greater Kruger National Park. The birds live in social, cooperatively breeding groups that consist of between two and nine birds, but with only one alpha male and one breeding female per group, the rest of the group are helpers to defend the territory and feed the female and chick. This means there are only an estimated 400-500 breeding groups in the whole of South Africa, while data from the Kruger National Park shows that, on average, only one chick is raised to adulthood every nine years.

The reasons for their decline are predominantly loss of nesting trees, secondary poisoning, and electrocution, loss of habitat to croplands, bush encroachment, overgrazing, and monoculture.

The Mabula Ground-Hornbill Project is working to slow the decline by: 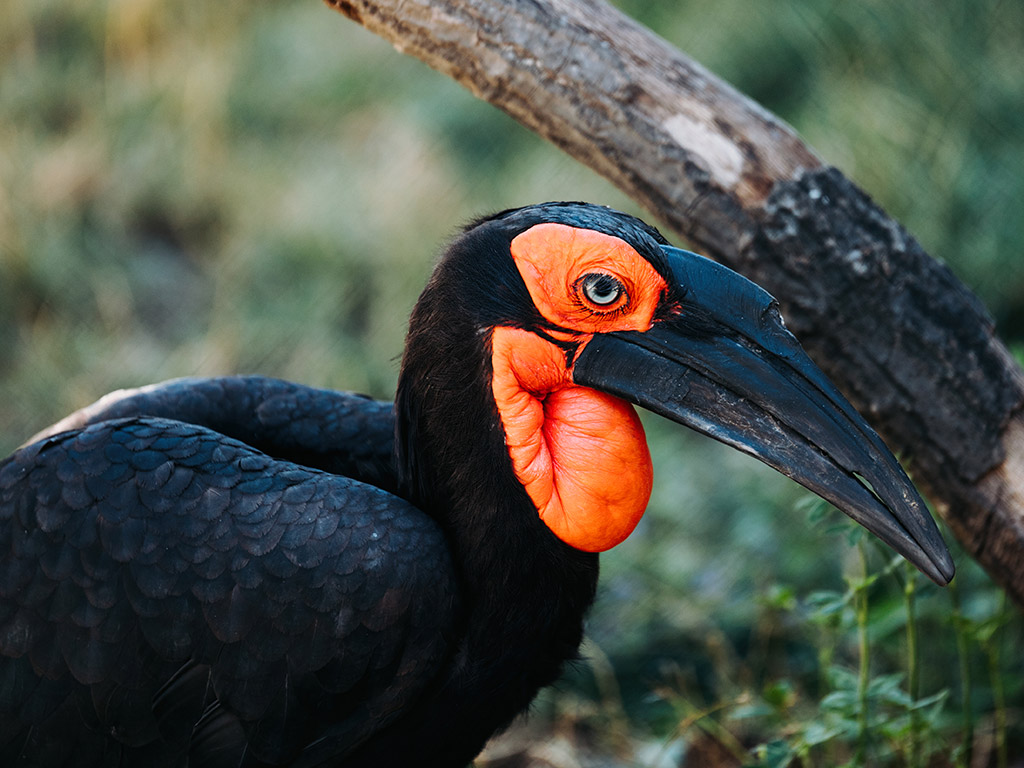 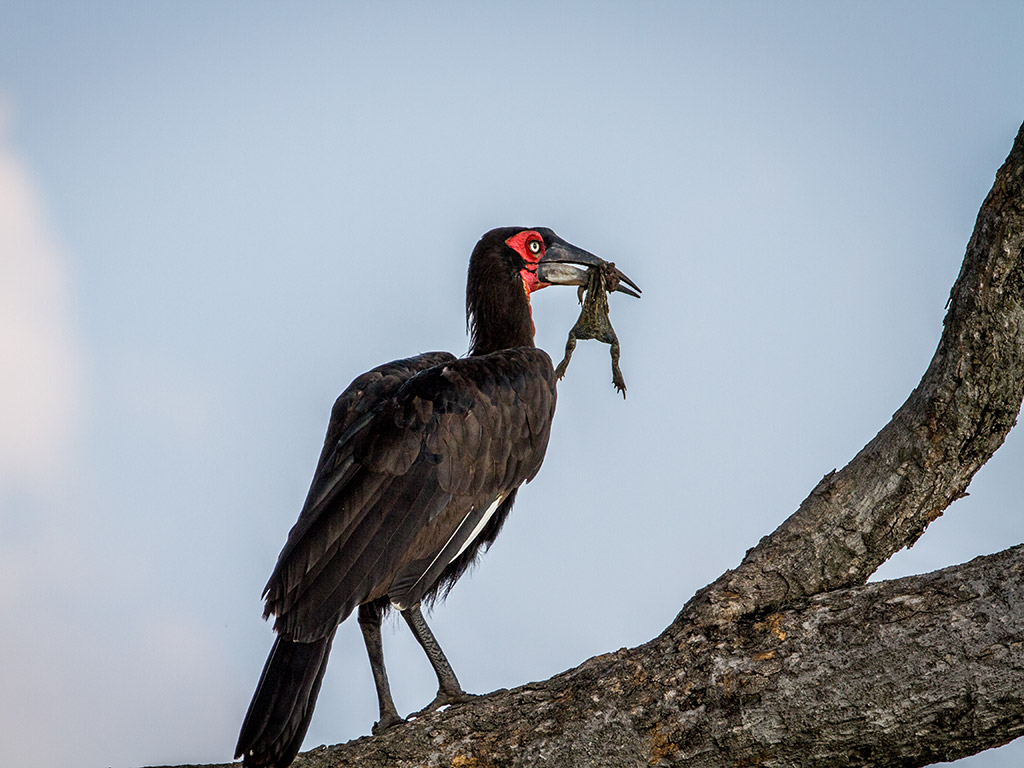 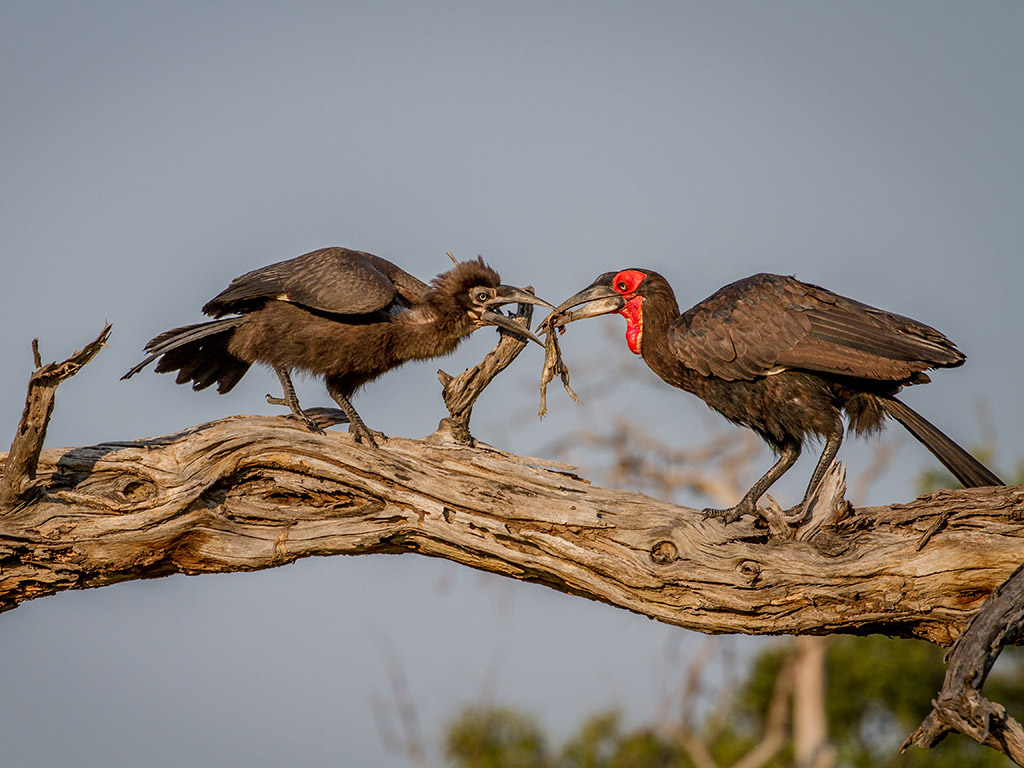 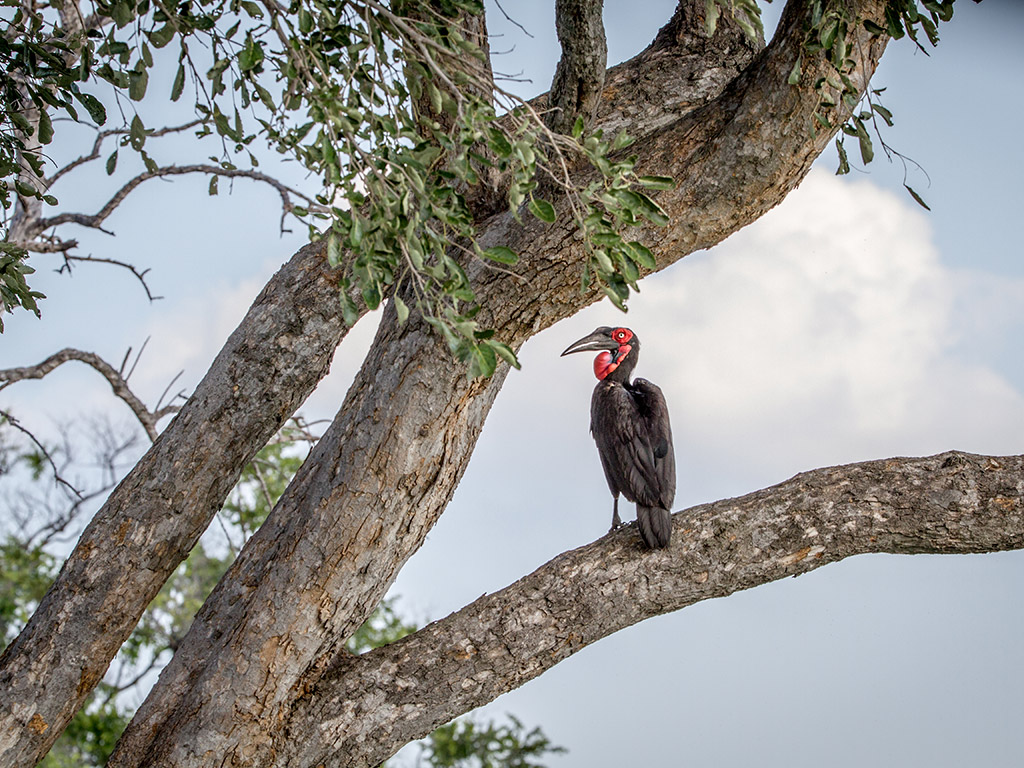 Mabula Private Game Reserve is part of a project coordinated by the Endangered Wildlife Trust that seeks to reintroduce cheetah to areas where they have been driven out by conflict from farmers as well as one of the biggest wildlife challenges today, habitat loss. The project is called the cheetah metapopulation management project and is based on the principle that the cheetah occurring in different areas of southern Africa is seen as one big population and that individuals are managed accordingly to prevent inbreeding.

In December of 2011 the first cheetahs arrived on Mabula, they originated from Sanbona Wildlife Reserve and were aged 30 months from the same litter.

All the adult cheetah on Mabula are collared to monitor their movement, prey preference and status closely. Data gathered will be used in future research projects, into the knowledge of cheetah population management on a medium-sized reserve in the Waterberg area, that could be used as a guideline for other similar sized reserves. 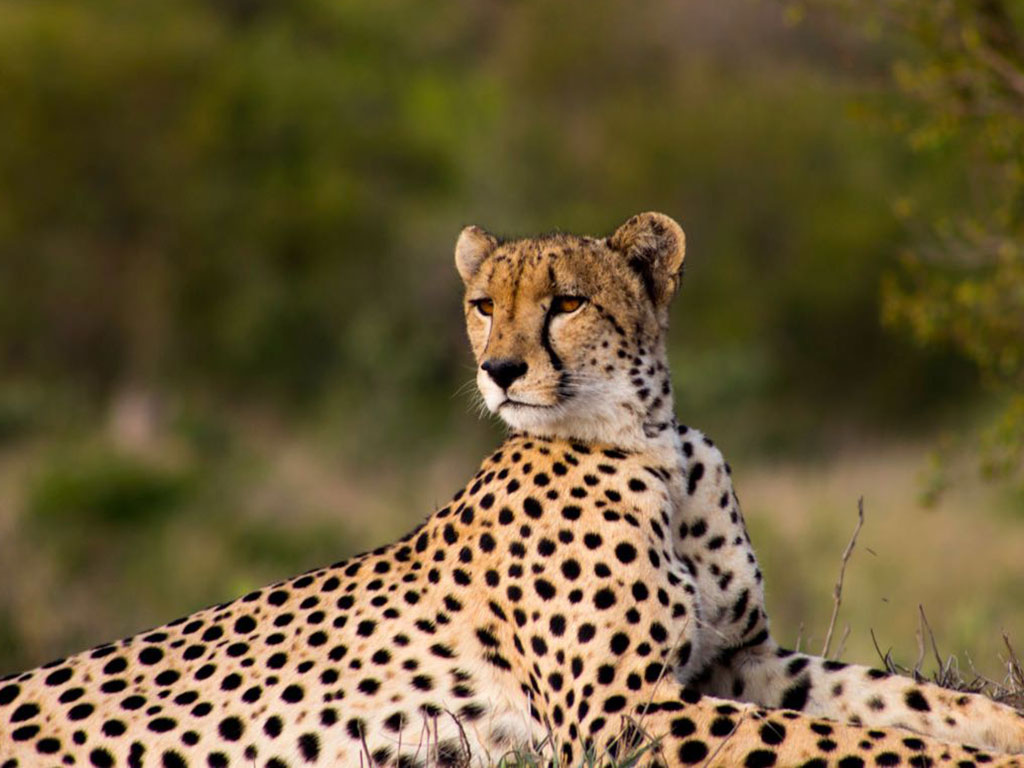 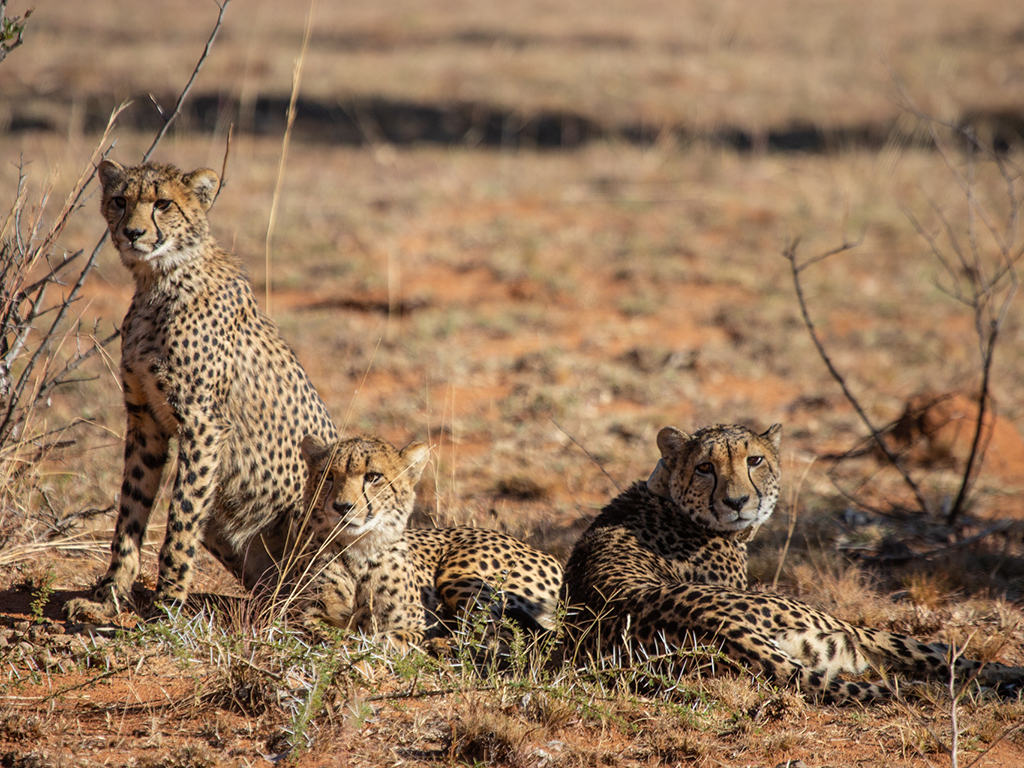 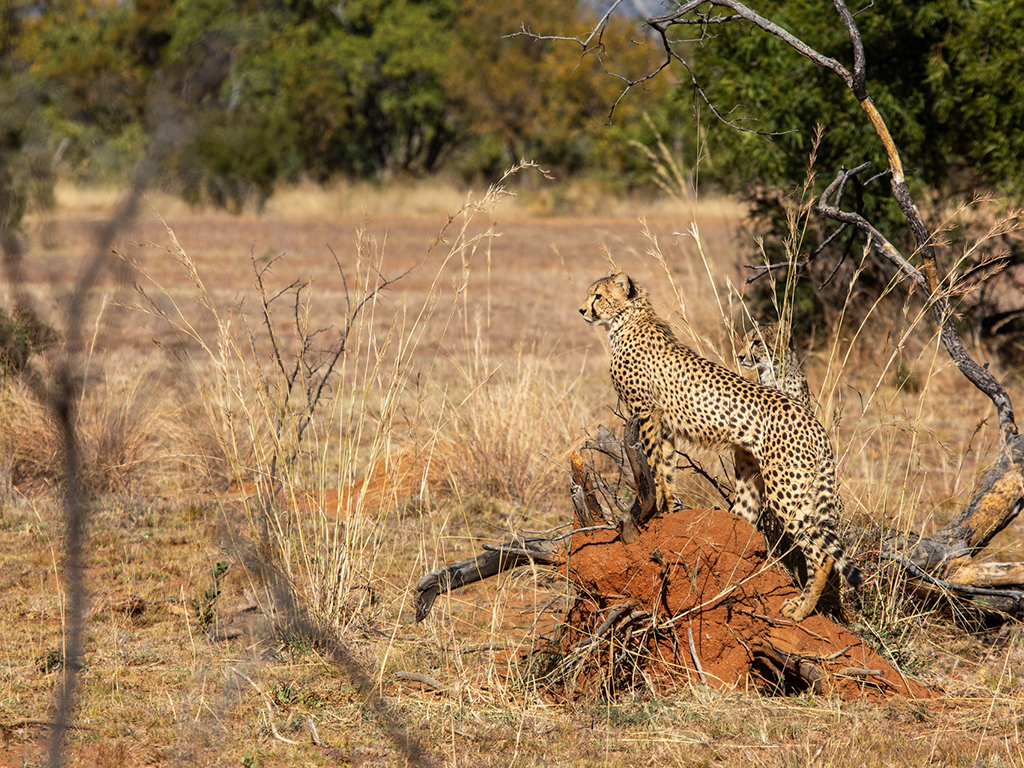 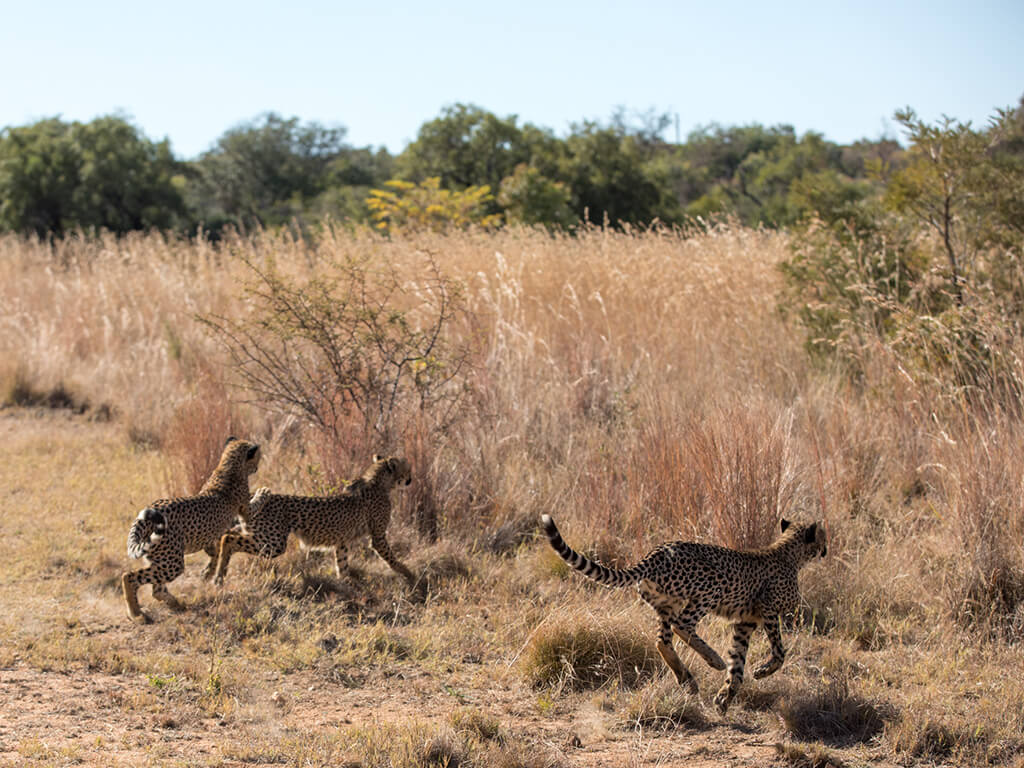 Enjoy & Remember Great Times with us